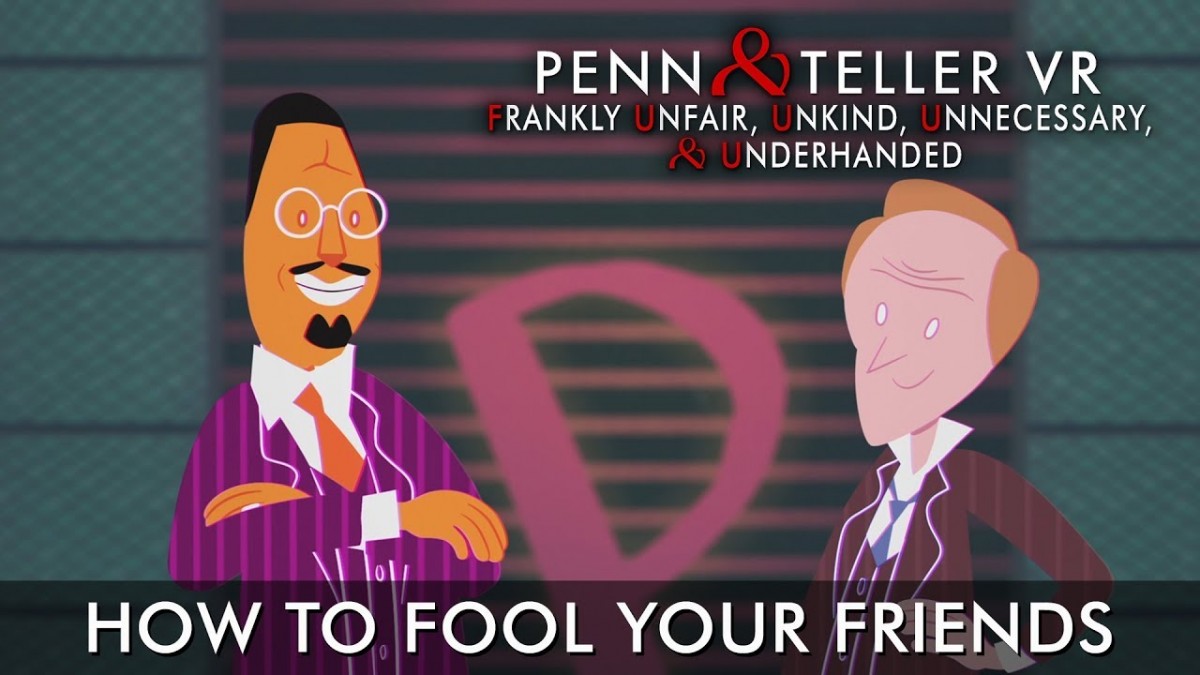 By integrating both VR technology and human deception, Penn & Teller VR: F U, U, U, & U allows players to fool unsuspecting friends and family for their own enjoyment. With performances ranging from awe-inspiring card tricks to supernatural telekinetic powers, players will learn how to deliver each magical bit to unsuspecting participants.

For players interested in single-player content, Penn & Teller VR: F U, U, U, & U includes the chance to become a ‘willing’ volunteer in magical acts. Try to escape Houdini’s infamous Water Torture Cell before drowning, or uncover a mystery while window-washing atop a Las Vegas skyscraper!