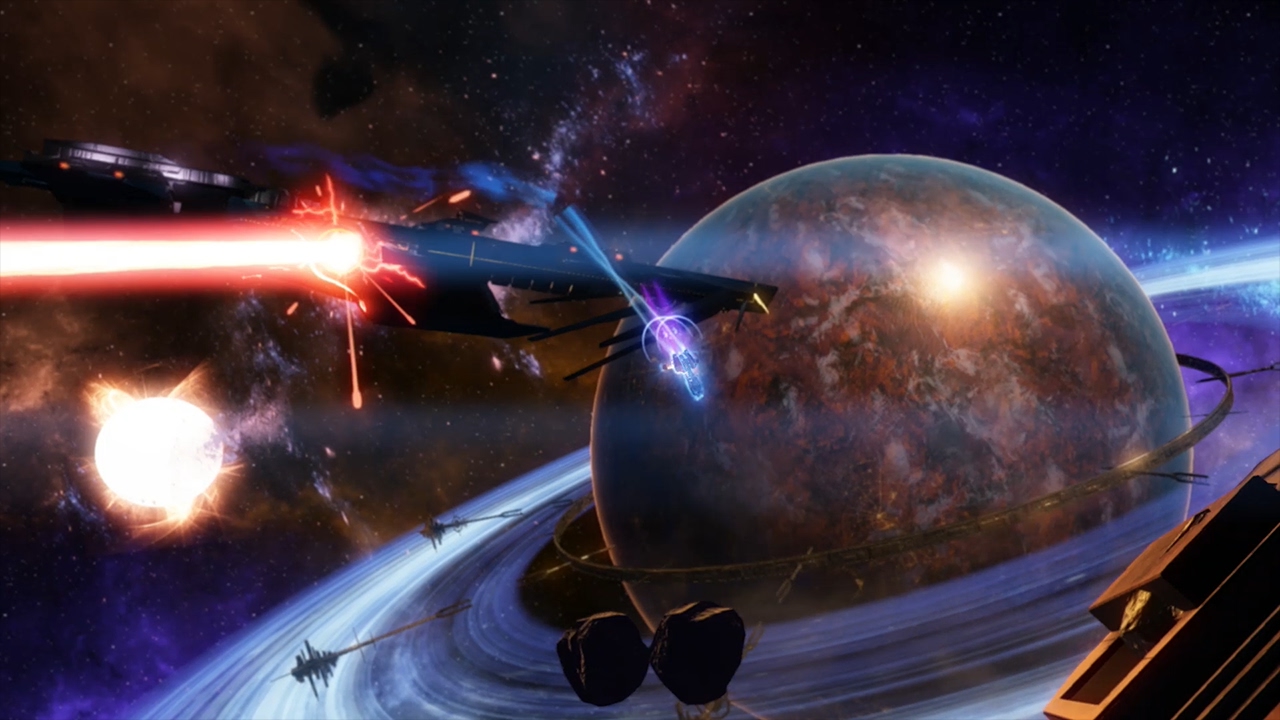 Space shoot ’em up takes players on a galactic adventure with 4-player co-op, tons of loot and ship customization

British game developer Climax Studios today revealed their new co-op space shoot ’em up RiftStar Raiders, to be released on PlayStation 4, Xbox One and PC in 2017.

In RiftStar Raiders players will enlist their most reliable teammates to shoot and loot their way through 9 unique co-op missions. They will face off against the galaxy’s four most deadly factions, from rival pirate gangs to the AI hive mind known as WarSwarm.

Pilots maximise their profit by looting cash and perks from adversaries, using them to craft and upgrade their ship’s systems, weapons, shields and boost engines. They can experiment with a wide variety of potential loadout combinations to modify and adapt their play style to each mission. From a tank that takes the hits, to a spacecraft that focuses on team support or a damage dealer that goes first into the fight – players need to collaborate and strategize to create the ideal squad.

The Spiral Arm galaxy is under threat from imminent WarSwarm invasion in RiftStar Raiders, as the Federation’s most infamous smugglers and outlaws it is the player’s chance to save the day… and profit.

Key features:
•It’s all about the loot – Shooting and looting is core to craft and equip weapons, shields and boost engines to hit harder, move faster and play smarter!
•Raid as a team – Teamwork is the key to success in this online co-op experience for up to 4 players. Co-operate with friends to complete objectives but compete to be the first to grab the loot.
•Intense empowering combat – Players can utilise a huge range of gear and weapons to get the upper hand on their opponents in this fast paced combat experience. Fight through waves of enemy unit types, each with their own unique challenge.
•Progression every session – Raider spacecraft will evolve and improve with every mission. By collecting perks and loot pilots can customise their ship to face each new challenge. With a wide variety of possible combinations, no two runs will play out the same.