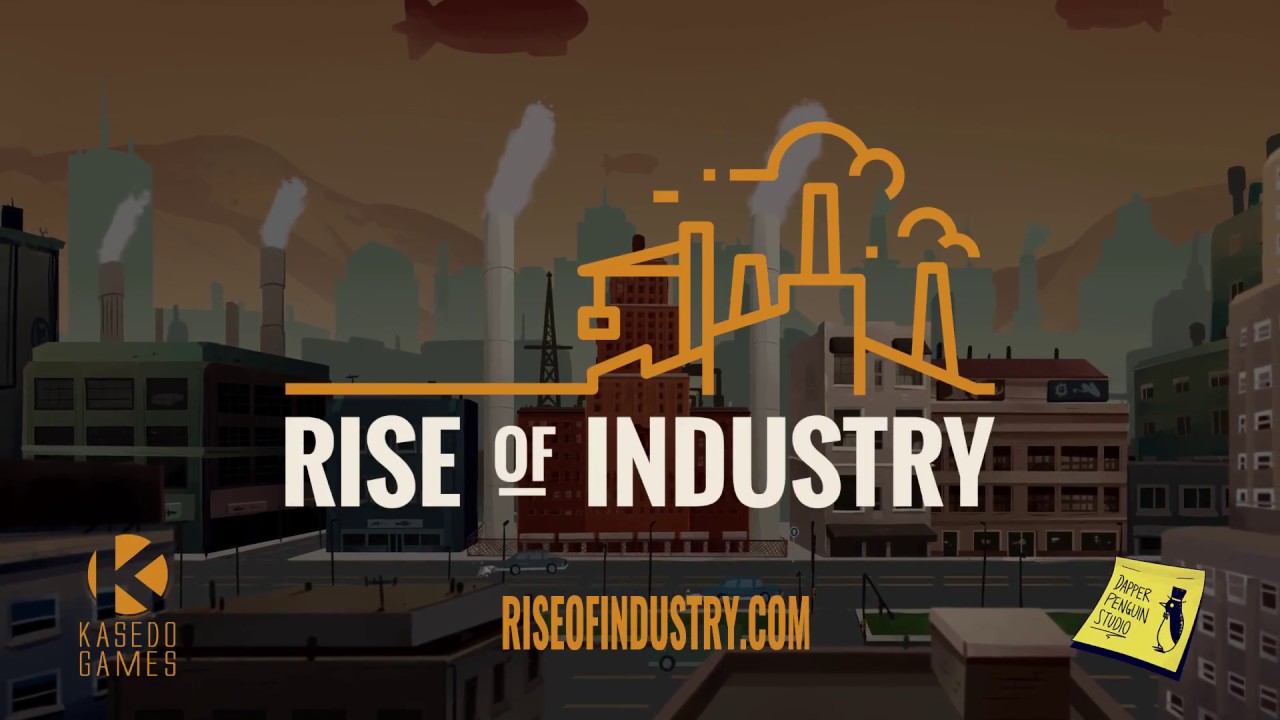 Rise of Industry is a strategic tycoon game that puts you in the shoes of an early 20th century industrialist. Build and manage your growing empire in a living, breathing, and procedurally generated world that is constantly evolving and adapting to your playstyle.

As a budding entrepreneur you will build factories, construct efficient transport lines, move raw materials, produce finished goods, and arrange trade with the world’s developing cities, providing them with the resources they need to flourish – for as they grow and prosper, so do you.

“Rise of Industry is the pinnacle of what growing in the 90s provided, with endless nights playing tycoon games,” said Alex Mochi, founder and Lead Designer at Dapper Penguin Studios. “We dedicate our very souls to making the best possible simulation games, trying to resurrect a genre that seems forgotten in the last few years and we believe that Rise of Industry will be a great addition to the classics of yesteryear. Now, with the help of the awesome people at Kasedo Games, we can make the game even bigger and better, by taking it to unimaginable heights!”.

Following in the footsteps of classic games such as Transport Tycoon Deluxe and Industry Giant, but improved for modern day, Rise of Industry will sport huge maps containing villages, towns and cities, each with their own agendas and personalities, not only trading with you but also each other as they search for the best deal. Get your relationships wrong and you may need a PR and Marketing campaign to repair the damage – and if that doesn’t work, trade routes might just slam shut.

“When we saw Rise of Industry for the first time, we thought it would be a perfect fit for Kasedo Games and exactly the type of project we wanted to be involved with,” said Jonathan Hales, Managing Director at Kasedo Games. “To help take a game with this kind of promise to a wider market is exactly what we’re about as a company and we’re excited as to what the future holds from Early Access and beyond”

About Rise of Industry
Designed with an eye towards both accessibility and depth, Rise of Industry has enough strategic complexity and replayability to satisfy the most experienced fans of the genre, while its simple-to-understand mechanics ensure that new players will love it as well.