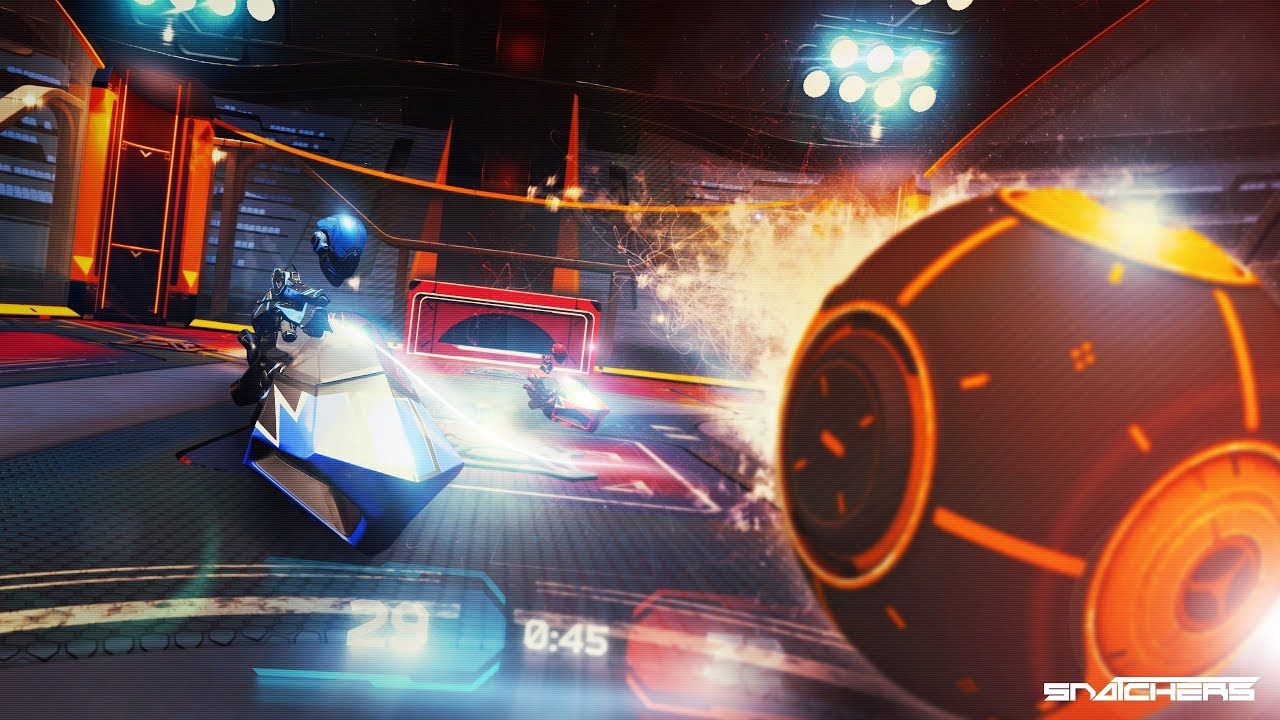 Snatchers, a futuristic eSport developed for virtual reality, is available on PC for HTC Vive and Oculus Rift, via digital download on Steam Store.

Snatchers has two players assigned to each of the two teams, using two Vive or Oculus Touch motion controllers to control a hoverbike and a hook gun to snatch and throw a ball into the opponent’s goal, in a way that resembles a football game.

1) Intuitive Controls
– You can control your hoverbike and hook gun with two controllers on each hand. The intuitive controls absorb players into the virtual world.
2) Supersonic Speeds
– Hoverbikes allow you to experience the thrilling speed. You can speed up faster by snatching the hook points in the air.
3) 2v2 Combat
– You can also play with your friends. You decide whether you are going to pass the ball to your teammate or shoot to the goal.
4) Dynamic Use of Hook Guns
– You can lead your team to victory by catching the ball with your hook gun at the right moment.
5) Various Boost Items
– Want more power? You can pass your bike over the marked spaces on the field, enabling the power boost.
6) Cross-Platform Play
– Snatchers enables players to find a teammate or opponents via matchmaking. Every player, regardless of Steam/Oculus, connects to the same pool for new players.
7) High-Quality Graphics
– Snatchers, built with Unreal Engine 4, pursued the highest level of graphics to provide a highly immersive VR experience.