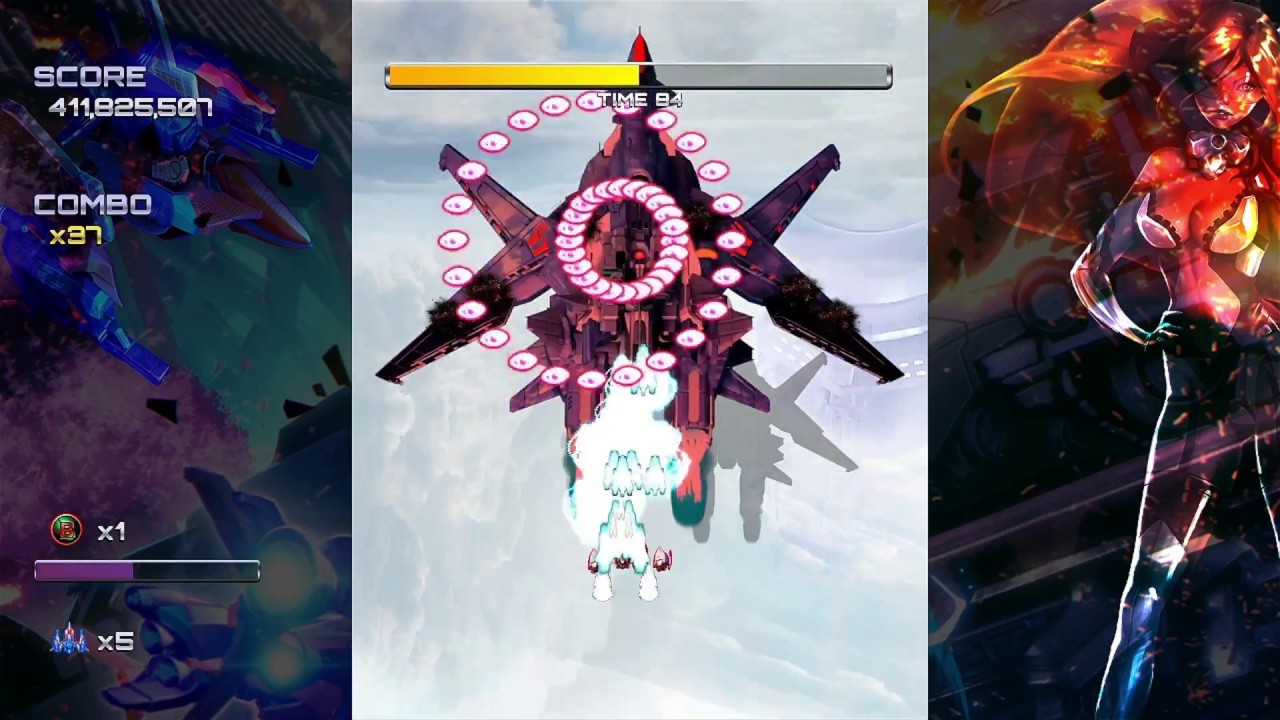 Hucast Games is proud to announce that Ghost Blade HD is coming to PlayStation®4, Xbox One and Wii U in February 2017 in North America, Canada and Europe.

Ghost Blade HD is an intense bullet-hell shoot ’em up game, with satisfying and addictive score-based gameplay, with its inspiration going back to the shooting games of the 1990s era, Ghost Blade HD ties old memories to current tones and techniques. Designed with a modern graphic style and special effects, Ghost Blade HD also features an awesome 2-player and TATE mode! Ghost Blade HD is easy to learn, hard to master.

The Music
The Soundtrack is based on the heydays of Japanese shmups and arcade sounds: Composer Rafael Dyll has already scored several console games and returns to his signature sound with the music featured in Ghost Blade HD. Fusing J-Pop influences and typical 90s synths and with modern production values, Rafael provides an action-packed soundtrack with catchy leads and electronic beats.

The Story
10,000 years ago an Artificial Intelligence known as Shira was built to protect the residents of Mars.

As time passed the AI became corrupted and Shira started to attack the Mars colonies. With no way to defend itself against “Evil Shira” Mars calls for help. The Earth Defense Force fleet fights its way to “Evil Shira” and uses powerful lasers to destroy it. However, “Evil Shira” secretly had a backup that flees into space and takes over an abandoned space station at the outskirts of the solar system.

When the EDF notices the escape they send their bravest fighter after “Evil Shira”. You are this pilot, and your mission is to destroy “Evil Shira” before it can complete its new attack force and threaten the existence of the entire universe.