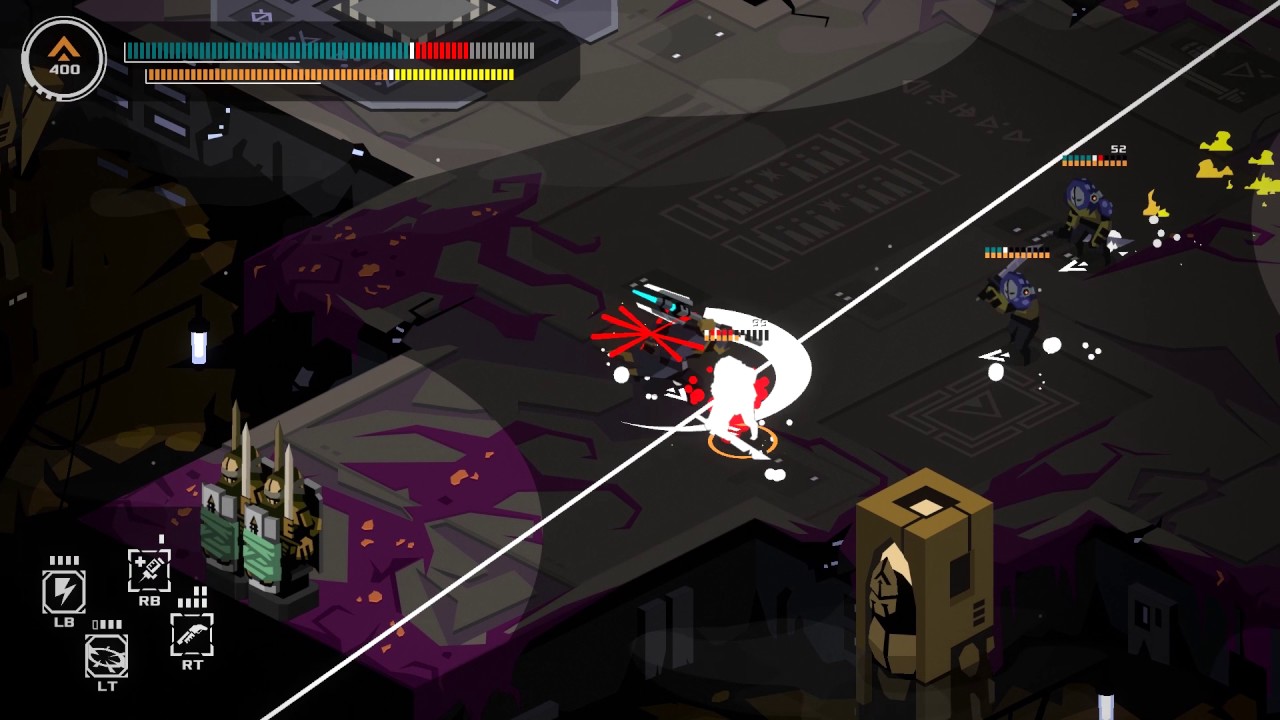 Tomasz Wacławek – the creator of Ronin is back and ready to share with the world his new game – Immortal Planet. The action-packed RPG will launch on Steam on July 28, 2017.

On the icy surface of a forgotten planet stand ruined tombs where immortals sleep. While sleepless warriors roam the halls with their minds eroded by eternity, a lone Awakewalker emerges from cryosleep. With no memory of their past, it’s up to them to forge their future, discover the planet’s mysteries, and find a way out of this icy hell…

Get ready to fight, die, repeat as Immortal Planet takes no prisoners. The game will reward generously your patience and focus in combat but don’t expect it to show you any mercy for a reckless action taken, based on your reflexes. In fact it’ll kick your butt for it, in the same time making you want to get back for more.

Immortal Planet is an action RPG with challenging combat where you’ll be exploring the crumbling remains of a society of immortals trapped in endless cycles of rebirth. And forced to fight your way to discover the planet’s mystery to escape its curse.

Immortal Planet is a love letter to Dark Souls. After making Ronin, published by Devolver Digital in 2015, I wanted to create a game that would be my own take on emerging genre of souls-like games.

For me, the core of a souls-like game is the methodical combat where patience and focus are much more important than reflexes. Stamina management is a huge part of that, but I always felt that there can be a lot more done to it to make it more interesting. – said Tomasz Wacławek, the game’s creator.
In Immortal Planet, the player sees how much stamina enemies have and can plan his approach around that, but also exploit it – performing a dodge towards an exhausted enemy will let you bash him to stun him for a few seconds. It’s a risky tactic, as bashing an enemy with full stamina will stun the player instead.

There are many items and spells in the game that use the stamina mechanic in innovative ways – cryo spells that damage stamina before affecting health, stims that instantly restore stamina, or attacks that deal bonus damage to enemies with low stamina.

During the playthrough player will explore tombs inhabited by different groups of immortals. With every one of them having a different take on how eternity should be spent, there is huge variety of enemy types and environments to discover. The player’s goal will be to figure out what happened to the planet’s inhabitants and how to escape from its curse of immortality. – Wacławek added.