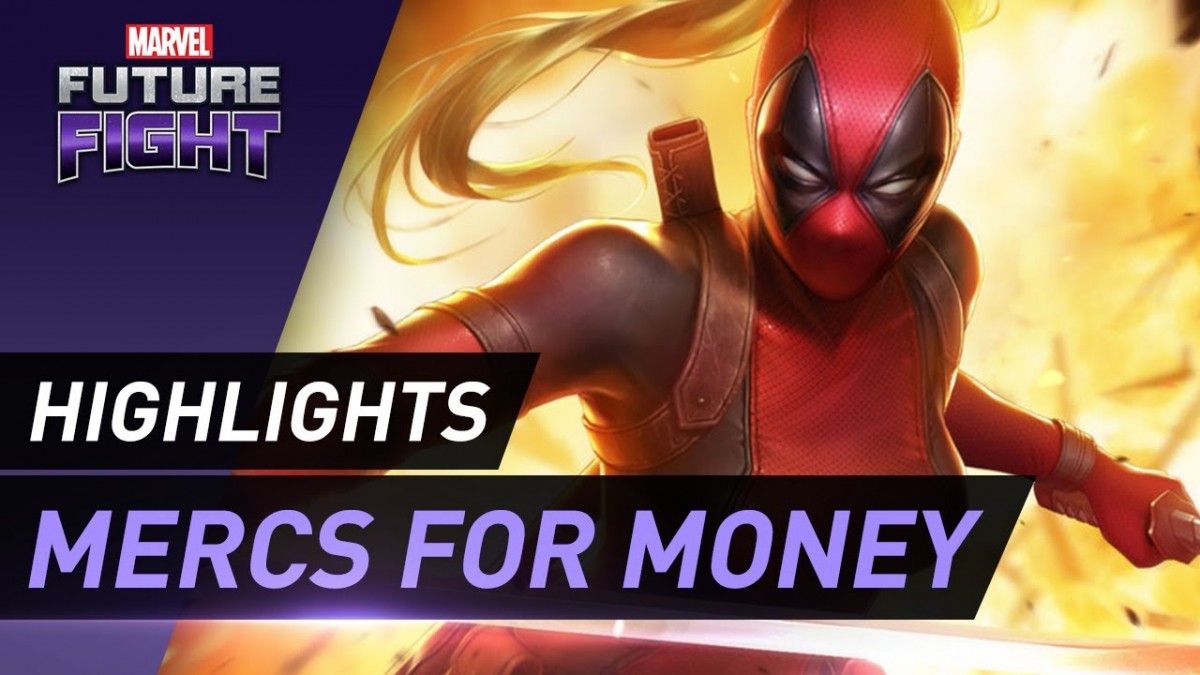 Netmarble announced that a fan-favorite Super Hero team has been added to their popular mobile game MARVEL Future Fight. Deadpool is now joined by his top-tier mercenary team in the fight to save the universe, as new characters from the ‘Mercs for Money’ Super Hero team, along with new uniforms, upgrades and more, are available for players to collect and experience in the update.

New content has also been added in today’s update, including adding Cable and Apocalypse to ‘World Boss Ultimate’ mode. Agents can up their game even further as Apocalypse can now be upgraded to Tier-3 to unlock his new ultimate skills. Apocalypse, Bullseye, Green Goblin, Punisher, Carnage, Phil Coulson, Kingpin, and Warwolf can now unlock the ‘Realize Potential’ functionality.

Other additions included in this update are new CTPs and new Comic Cards of Crescent & Io, Luna Snow, and White Fox all from Future Fight Firsts.