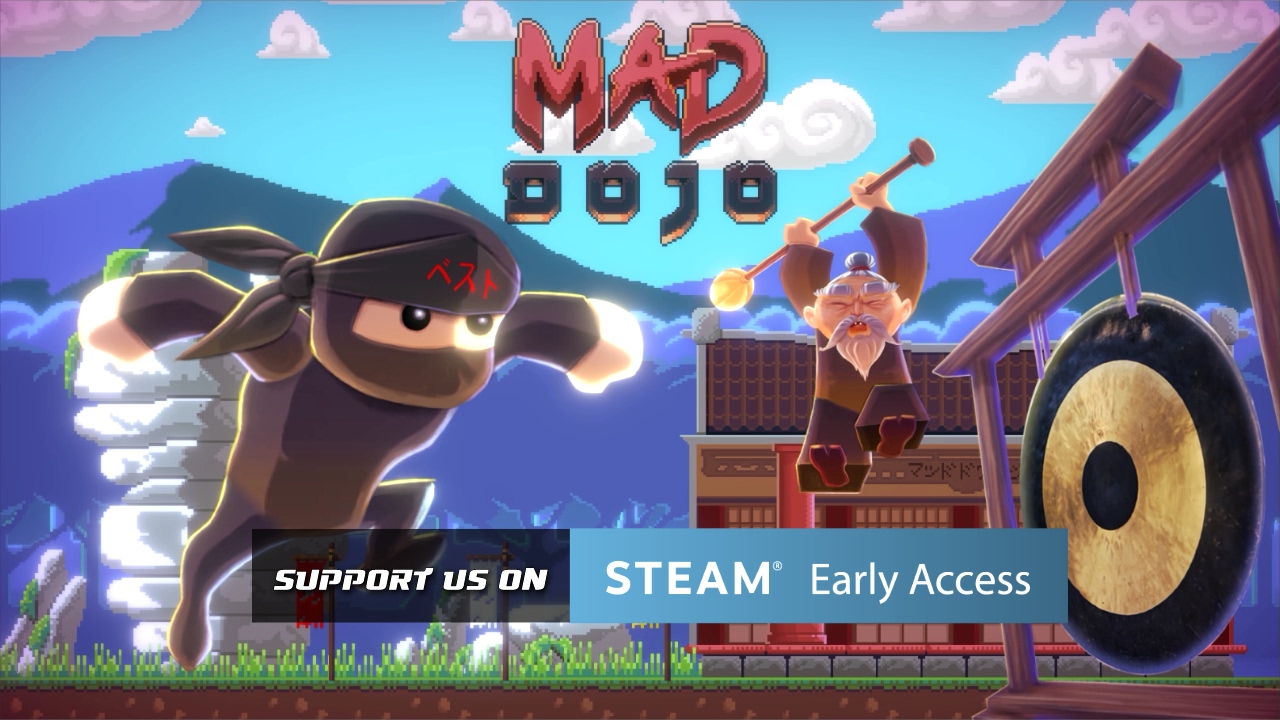 Phime studio is proud to announce that the new skill platformer Mad Dojo is out and available on Steam Early Access for PC, Mac and Linux platforms.

Take a role of wannabe ninja who has to prove himself against various obstacles in Mad Dojo, led by tough and demanding Sensei. Beat the time in this fast-paced action game, and survive until Sensei hits that gong!

Mad Dojo is an obstacle based skill platformer. You have to run, jump, wall jump and shoot in order to successfully pass each obstacle and trap. The obstacles include standard platforms, bamboo poles, seesaws, hanging tires and many more, while traps include spikes, acid, dynamite barrels and various dummies that will shoot stuff at you.

•Fast Paced Action
•Use the combination of running, jumping and using weapons to pass the obstacles
•Skill platformer with more than one way to pass each obstacle
•Procedurally generated levels
•Bloody traps
•Original soundtrack
•Many levels