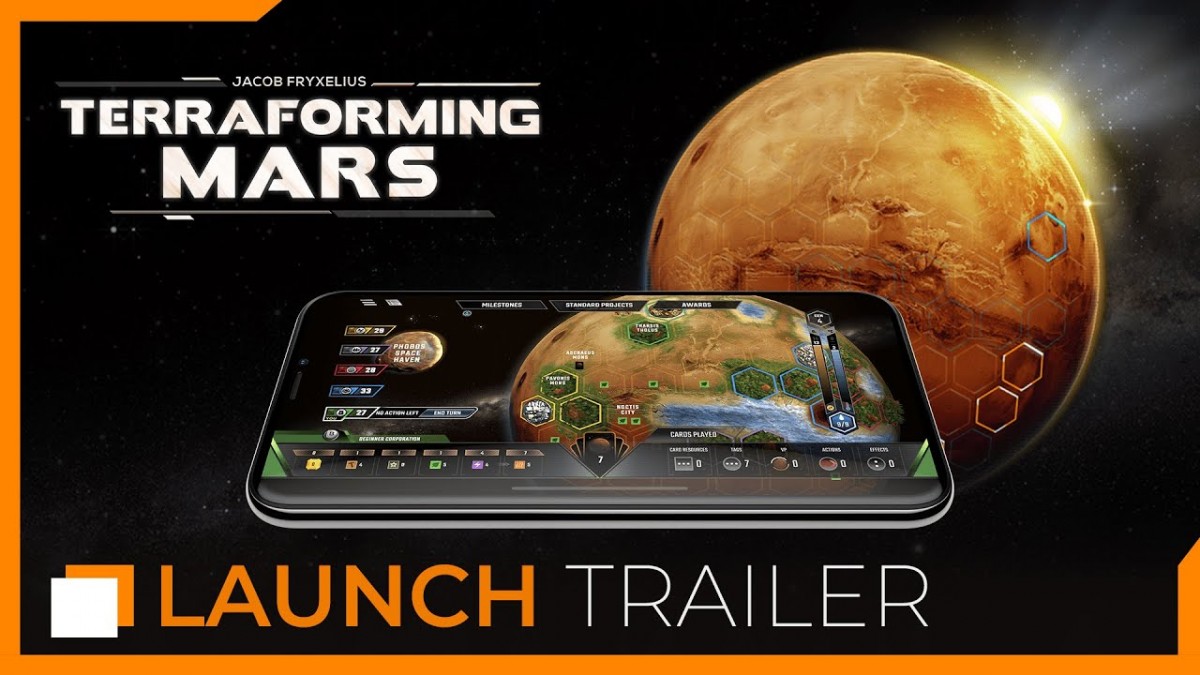 Asmodee Digital, a leader in video game entertainment inspired by board games, announced that Terraforming Mars is available for mobile & tablet on the App Store  and Google Play.

The full premium experience from the previously released Steam (PC) version, including all content and features such as the draft variant, is now finally available on mobile. Developed with the help of Jacob Fryxelius, designer of the original board game, Terraforming Mars on mobile delivers all the fun and deep strategic dilemmas the original board game is acclaimed for. This new version leverages a UI specially designed for an optimal mobile touch-based experience.

A strategy board game masterpiece designed by Jacob Fryxelius and illustrated by Isaac Fryxelius, Terraforming Mars has received more than 20 awards since its release in 2016. It is currently the third highest ranked board game on BoardGameGeek.

In the 2400s, mankind begins to terraform the planet Mars. Giant corporations, sponsored by the World Government on Earth, compete to transform Mars into a habitable planet by spending vast resources and using innovative technology to raise its temperature, create a breathable atmosphere and oceans of water. In Terraforming Mars, you play one of those corporations, with different profiles based on their specializations (media, heavy industry, finance, biotech or energy). You work together with other corporations in the terraforming process, while competing to get victory points that are awarded not only for your contribution to terraforming, but also for advancing human infrastructure throughout the solar system.

Your basic income, as well as your score, is based on your Terraform Rating, which increases every time you raise one of the three global parameters (temperature, oxygen, ocean). When the three global parameters have all reached their goal, you have finished terraforming and the game ends. However, your income is also complemented by your production and you also get victory points from many other sources. These, used in combination with the Terraform Rating, determine the winning corporation.

As terraforming progresses, more and more people will immigrate from Earth to live on the Red Planet. Play project cards, build up production, place your cities and green areas on the map, and race for milestones and awards! Will your corporation lead the way into humanity’s new era?

Terraforming Mars is now available on the App Store and Google Play .

Mobile versions require either iOS 10 and above or Android 6.0 and above.